Low carb, high carb, poly-carb. The debate has raged for centuries over the best diet choice for weight loss. There have been thousands of different diets developed that work to either push you into a low-carb state or give you a high carbohydrate intake, and Carb Cycling is one of them. In this article, we’ll go through the top 7 benefits of carb cycling. What is more important than the precise macronutrient composition of your diet? Carb cycling has shown to have many health benefits beyond just losing weight while also keeping your physique in shape and helping to fight metabolic syndrome. Let’s get started!

What is carb cycling?

Carb cycling refers to a diet that focuses on a low carbohydrate diet, with alternating days of high carbs and medium carbs. It allows your body to keep guessing and allows your muscles to grow and fat to be burned.

Here are the top 7 benefits of carb cycling:

In the same way that intermittent fasting can improve muscle growth, carb cycling can improve body fat loss. When you increase your carb intake to what individuals would eat on a daily basis, you actually decrease your insulin requirements. This leads to greater glycogen storage which has been shown to be strongly correlated with fat loss when people are calorie-restricted.

Even if you’re not calorie-restricted, improving glucose uptake will lead to greater glycogen stores. Carb cycling has been shown to have positive effects on ketosis and even when people are not following an intermittent fasting protocol, they still experience improved fat loss from carb cycling than when they eat the same amount of calories every day.

However, some say that carb cycling can lead to weight gain. In the next section, we’ll show you how to effectively avoid weight gain while carb cycling.

Low-carb diets often lead to increased insulin sensitivity. The same is true with carb cycling. This is because you are allowing your body to use carbohydrates when they are available to the body, while also lowering the carb intake significantly for periods of time. This allows you to have a greater insulin response to carbohydrates and improves your body’s sensitivity. (1)

Studies have shown that short-term high-carbohydrate diets can lead to increased glycemic control and improved glucose tolerance, along with lower plasma triglyceride (TG) levels in people who have diabetes. (2)

Carb cycling has been shown to improve muscle strength and performance in a variety of different ways that can help you increase your weightlifting numbers as well as help you have more energy for training.

Your body’s capacity to use fat for fuel improves dramatically when you include carb cycling in your diet. This means that your body will have more energy for training and you’ll be able to push harder during training sessions.

6) Helps with Regulation of Body Weight

As your body becomes more efficient at the glycogen-storing process, you will naturally become leaner. This is because when you eat carbs, they are broken down into glucose and then stored as glycogen in your muscles and liver and that stores can enhance for weeks or months. By allowing your body to better store carbs for longer periods, you can benefit from greater fat loss without relying on restricting calories or feeling very tired during the day.

Even if you’re not exercising, carb cycling can improve mental performance by increasing your memory and cognitive performance.

Can Carb Cycling Cause Weight Gain? Carb cycling is a dietary technique that alternates between high- and low-carb days. It’s used primarily for weight loss due to its ability to keep insulin levels in check, which in turn prevents hunger pangs, energy crashes, and reduced ability to burn fat.

Unfortunately, carb cycling can also cause weight gain if it’s incorrectly executed. Let’s find out why this might happen so that you can avoid them if you want to use carb cycling as an effective strategy for shedding pounds. We’ll also look at what the best way would be for doing it so that you can get these benefits while preventing any weight gain from happening along with them.

First, it’s important to realize that when you’re carb cycling, you’re still going to be eating carbs. That said, you need to make sure that the level of carbs that you’re eating is different than what’s typically eaten, so, unhealthy carbs should be avoided. Most people usually only count grams of carbs in their day-to-day food plan, but there is a better way to measure them called net carbs (the total amount of carbs minus fiber and sugar alcohols).

Whenever you’re carb cycling, sticking to net carbs is highly recommended so that you don’t have any problems in the coming years. If net carbs are not accounted for, people tend to quickly gain weight because they end up consuming more carbs than they should per day. For example, let’s say that someone eats 1,000 calories/day based on the daily intake chart. Even if it’s the daily minimum requirement that is listed on the chart, it would still be safe to assume that this person needs at least 1,200 calories/day in terms of calories daily (1,000 x .8 = 800).

Second, you have to pay close attention to the macronutrients that you’re getting. When it comes to carbohydrate intake, people tend to go overboard with it if they don’t know how their body is going to react.

For example, let’s say that a person is consuming 400 calories in terms of carbohydrates per day. If this falls under the low-carb days’ category, then they should be okay as long as the other macronutrients are low enough to prevent gaining weight. Although we said earlier that carbs aren’t necessarily needed for fuel during exercise, some people might need them for their performance does not to drop off during competition or training sessions.

In conclusion, carb cycling can be beneficial for weight loss. However, if it’s done incorrectly, it might cause some unwanted weight gain. The best way to prevent this from ever happening is by sticking to the correct guidelines of carb cycling so that you don’t end up eating too much and gaining even more weight if you’re doing it correctly. This section is all about the differences between carb cycling and the keto diet. What are the benefits of carb cycling over the keto diet? Can you lose weight with either of them? What are your options if you don’t want to use a strict plan like either one? We will answer these questions and more!

What is a keto diet?

A keto diet is a very low carb, moderate protein, and high-fat diet. The main goal of this diet is to put the body into a metabolic state called ketosis.

Ketosis is a normal metabolic process, occurring in our bodies on a daily basis. This process helps to prevent the breakdown of muscle for energy, which can otherwise happen when glucose is in short supply. When your body isn’t getting enough carbs for energy, it begins burning fat instead. The liver converts fatty acids to ketones and fats and proteins are then used as fuel instead of carbohydrates.

So, carb cycling versus keto diet, which one should you choose?

It’s totally up to you to decide which diet is better for you. Keep in mind that a diet is something you should partake for a long period of time; if you hate dieting you won’t be able to do that. So, stick to what you can follow.

The benefits of carb cycling sound great, nevertheless; it’s all in vain if you don’t take action and not give carb cycling a chance. If you want to lose weight effectively without pushing your body too far with a no-carb diet; carb cycling is your best choice. Your brain needs carbs to function, don’t follow a no-carb diet because it can seriously harm your body and mind, carbs are not the enemy.

If you want to treat yourself with a low-carb snack, check the article below:

Top 9 Foods to Have In a Carb Cycling Food List 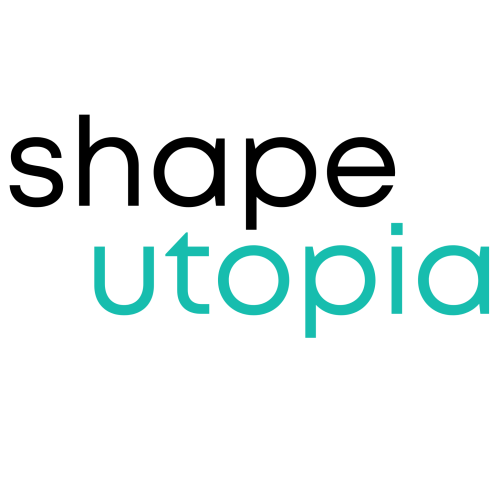 How Much Zinc Do You Need?

Carnivore Diet Side Effects: The Good, The Bad, and The Ugly

How Much Zinc Do You Need?

Carnivore Diet Side Effects: The Good, The Bad, and The Ugly

5 Tips to Say Goodbye to Rowing Back Pain